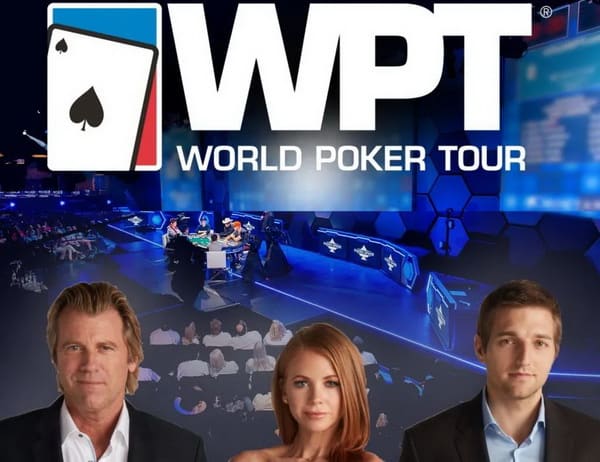 Bally’s Will Acquire WPT For US$90 Million

The Element deal was rejected and Bally’s will acquire WPT for US$90 million.

After Bally’s last-minute actions, Element Partners will not become the new owner of the World Poker Tour (WPT).

Allied Entertainment, the parent company of WPT, has agreed to sell the Poker Tour to Bally’s for $90 million.

When Bally’s came to bid on March 5, the seemingly simple transaction between Element and WPT became unexpectedly complicated.

The $100 million offer is not only more lucrative than Element’s offer ($78.25 million), but it also brings more potential opportunities. This is something that the executives of Allied Entertainment, the parent company of WPT, cannot ignore.

The excellent proposal can be completed

Allied Entertainment’s announcement on March 16 confirmed that the board of directors had accepted the “advantage proposal” from Bally’s.

This also means that the transaction with Element has been terminated. However, this is not the end of the battle for control of the WPT.

The element can make a better offer before 17:00 on March 19th, Pacific Time. It is unclear at this stage whether growth equity funds will exercise this option.

We know that Element has a history of investing in what it describes as a “mature, high-growth company.” In addition, since 1995, it has managed $1.2 billion in capital commitments. Therefore, funding is unlikely to be an issue. However, what Element cannot match is Bally’s experience in the gaming industry.

This fact alone gives Bally’s an advantage, especially when WPT CEO Adam Pliska wants to expand the influence of the Poker Tour.

Bally’s can open its doors in 7 states in the United States, either through its physical venues or through help to obtain an online gaming license.

It is worth noting that Bally’s paid a greater price for WPT. According to Allied’s announcement, the final bid was US$90 million instead of the original 100 million.

This is because, after consideration, Bally’s decided not to acquire Allied Esports. Instead, it only acquired WPT, allowing Allied Entertainment to own the e-sports company.

Although Allied Entertainment has accepted the superior’s offer, it is not a final word. Even if Element does not make a counter-quote, nothing can be confirmed before the money changes hands.

“There is no guarantee that a final agreement will be reached with Bally’s, or any transaction will be completed with Bally’s.” Allied Entertainment’s press release stated.

Given that Bally’s offers a price of 90 million US dollars, plus the potential added value in other areas, WPT may have a new owner in the next few weeks.