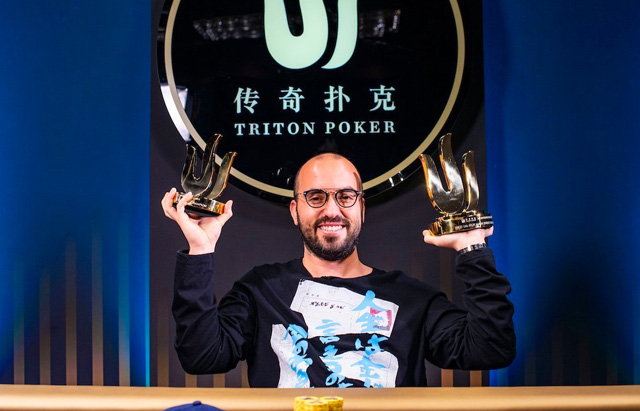 Bryn Kenney is in a very strong upper hand. He won the championship at just over HK$1 million (US$127,465) buyout of the Triton Poker Montenegro High Roller Series, earning a huge prize of US$2.769 million. And three days ago, he won unlimited Texas Hold’em six-person table game with a purchase of 500,000 Hong Kong dollars and earned $1.4599 million.
A total of 75 people bought the event (including 31 repurchases), the total prize pool reached 70.5 million Hong Kong dollars (8982494 US dollars), 9 people entered the money circle.

“I’m in a state right now, playing well, crushing the table, everything is the best,” Kenney said in an interview after the game.

After winning this championship, his offline prize money reached 34,999,701 US dollars, ranking fourth in history, surpassing Fedor Holz (32.9 million US dollars) and David Peters (33 million US dollars), ahead of him are Erik Seidel, Daniel Negreanu, and Justin Bonomo.

Kenney has won four championships this year and reached six final tables with prize money of $9.2 million. He previously won the 2019 Australian Millions Main Event. He topped the CardPlayer Player of the Year standings with a total score of 5174 points, ahead of second-place Ramon Colillas by 1718 points.

Badziakouski and Kenney then raised all over again before the flop. Kenney’s 77 played against Badziakouski’s AcJs. Kenney won the pot and eliminated his opponent. Badziakouski received a prize of $943,800.

Kenney had a big lead in the three-player game. He had 94 big blinds, Danny Tand had 17 big blinds, and Peter Jetten had only 6 big blinds. He quickly eliminated Jetten, his Th9s defeated Jetten’s Ks6h, and entered the heads-up with Tang with a chip advantage of more than 12:1.

Tang didn’t have much choice. He got all of Ad4d. Kenney’s QhJh called and the public card issued Tc 9h 2s 8h 7c. Kenney’s straight won the championship.